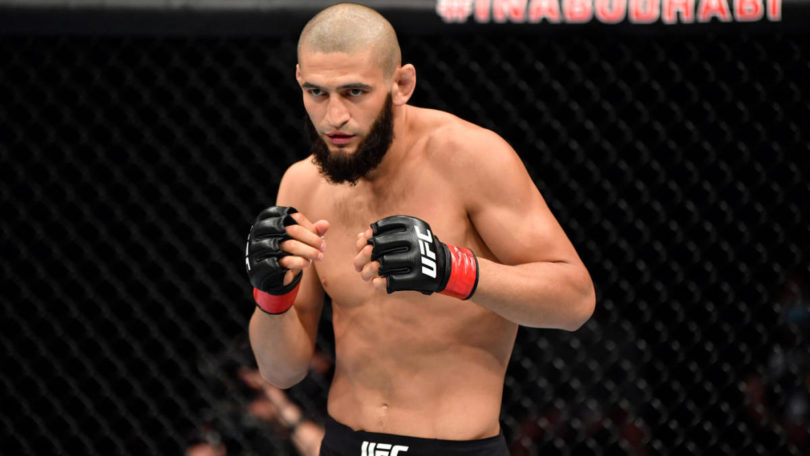 Many people, including Alexander Gustafsson, believe that he will become the undisputed champion of the Ultimate Fighting Championship (UFC) welterweight Championship.

Chimaev made his debut in combat sports in July 2020. With his debut, he suddenly becomes extremely successful. He is 4-0 under the Ultimate Fighting Championship (UFC) with the biggest Mixed Martial Arts (MMA) promotion around him. Though Chimaev still needs to make quite an effort to enter the box of stacked welterweight, he has won against every enemy he competes against. This past October, at UFC 267, he submission finish Li Jingliang during the first round of the fight.

Now it is evident that Chimaev is special. But with tough competition from killers like Colby Covington, Leon Edwards, Jorge Masvidal, and Gilbert Burns, Chimaev still needs to establish his worth. Gustafsson, who has been training with 27 years old Khamzat Chimaev for years, believes if he wins against these rivals and gets through UFC welterweight champion Kamaru Usman, Chimaev would destroy the “Nigerian Nightmare,”

When asked about Chimaev, Gustafsson told ESPN, “I think he would destroy Kamaru Usman and put Nigerian Nightmare to sleep.”

“For me, I feel if he just touches Usman’s chin, he will most probably destroy Kamaru Usman completely. Chimaev is an amazing fighter, and he is just outpacing everyone; it is very satisfying to see him compete because he uses some very good strategies. I love his wrestling techniques, especially his jabs; you can see that he is beyond Kamaru Usman. But I do not think Usman will take his blows that easily.”

Throughout his MMA career, Chimaev also wrestles against many middleweight wrestles. Just a year ago, he had knockout Gerald Meerschaert with just one blow. Out of 10 total wins of his career, Chimaev holds the record of six knockouts. Though that does not mean that Chimaev would knockout Usman. But the probability is high.

Gustafsson believes that Chimaev has been trained differently. “Mauler,” a three times UFC title contender, said he has not seen anyone who is this loyal and dedicated to his game like Chimaev is.

“I know a lot of MMA fighters and athletes, but Chimaev stands out of all because of his commitment and enthusiasm,” said Gustafsson. He further added, “Because he surpasses everyone in training, and nobody trains as he does. I have seen a lot of fighters training who have their camps. But this guy, he just never relaxes. He never gets tired, never feel any pain, just train.”

Now time will tell how Chimaev maintains his winning record. But one thing is for sure he will be having quite a tough time in his next couple of fights.

Who do you think will the UFC welterweight championship? Will Chimaev keep his dominance? Or will Usman give him a hard time? What will happen? Tell us in the comment box what you think. And let’s wait for the fight.