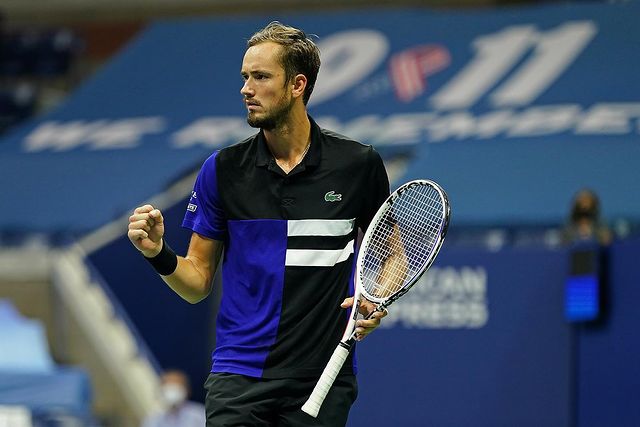 As one of the most talented players on the ATP circuit at the moment, Russian-born tennis champion Danil Medvedev has many admirers. Most find his rather eloquent way of putting confusing and challenging topics illuminating to listen to, while others find that he offers insights on topics other tennis players simply will not touch. A political and cultural mind, then, it is no surprise that Medvedev has offered some of the most insightful commentary on the future of tennis in the era of COVID-19.

Speaking after making history to defeat Dominic Thiem in the Nitto ATP Finals, Medvedev set up himself as the star of the tennis world. Instead of using that limelight to proclaim himself a star as others might have, though, the Russian was very thoughtful in his engaging, illuminating comments.

Speaking to various media outlets, including CNBC, Medvedev was clear that tennis was facing a ‘cloudy’ future, with the future of the tennis world being ‘tough’ to discuss. Indeed, the rising spectre of the Australian Open and whether or not players will be able to travel and take part is a major talking point within the sport. Instead of simply brushing off the discussion, though, the Russian was clear that his concerns were quite serious.

Saying that it was “tough” to talk about the future of the sport, he made clear that the uncertainty was causing issues on the tennis circuit. Naturally, the lack of knowledge of if or when you will be allowed to play a crucial tennis tournament is likely to cause some consternation among players at any level.

When the tennis industry has been so beaten down by the COVID-19 crisis, though, the desire to get players – and prize moneys – back available has never been more important.

A ‘tough’ future lies ahead for tennis

The Russian was also pretty clear that the geographical nature of tennis tournaments creates even more uncertainty. With many nations and people coming from various nations, it means a lot of uncertainty exists across major events. For a Grand Slam event to be so uncertain about what will happen, though, so close to the start of the event, is simply hard for any professional to deal with.

In what should be one of the flagship moments of any tennis season, there is total and complete uncertainty about what will happen next. Some reports, albeit unconfirmed, suggest that the tournament as a whole could be postponed and put off until later on in the year.

There is a growing uncertainty about what the ATP and WTA calendars are going to look like at the moment. With some nations winning the battle against COVID as others struggle, there is little to no certainty about what happens next. Some tournaments could be postponed or cancelled entirely, leading to a season with less opportunities for ranking points and career progression.

In what has been an increasingly challenging time for all athletes, there is much to work out so that tennis can continue to have the open, optimistic future that it needs to thrive as a sport.