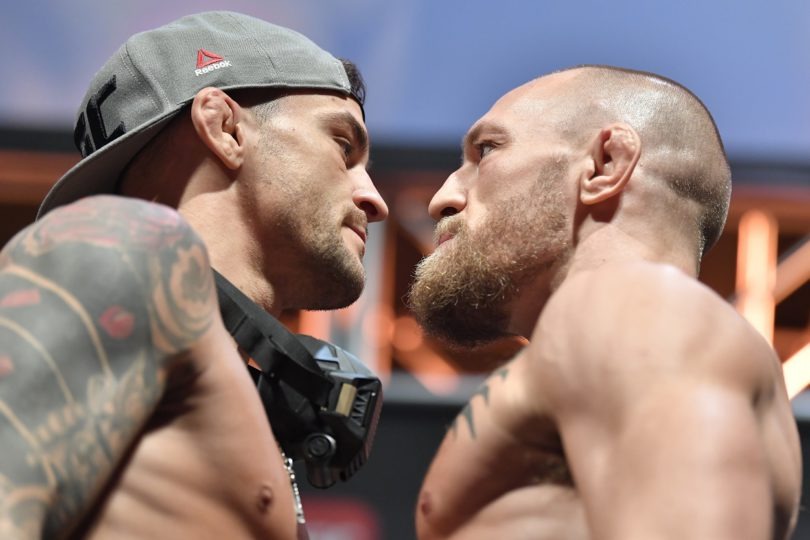 So very recently we all had the honor of observing one of the biggest matches we may have ever seen in MMA.  On July 10, Connor McGregor and Dustin Poirier went head-to-head (pun intended) in the UFC 264 main event.  From what we had seen of these two in the past, it looked like this fight could go either way. But in this fight Dustin Porier was again victorious.

This was the third match between McGregor and Poirier.  The first match between the two featured and up and coming McGregor, who was ready to fight the well-known boxer and take him down.  Poirier had been on the scene a lot longer, which did not give him the advantage he probably hoped for.  McGregor used his famous trash talk to undermine and throw off “The Diamond”.  He knocked out Poirier in the first round.

The second round between the two occurred seven years later and this time it was not featuring a rookie and established boxer.  Instead, it centered around two established boxers.  This time, The Diamond won his fight against McGregor.

Until very recently, the two had been tied in rounds against each other.  Following the second match, the two were publicly very respectful toward one another.  However, it did not last too long.  It seems that with the upcoming fight brewing, McGregor slipped into some old habits of his.  This was illustrated when we spoke about McGregor and said he would be “a dusty b…tch” should he participate in their upcoming fight.

Poirier was no more willing to back down in public than he would be in the arena.  His response to McGregor’s comments was that they and he “reek of insecurity”, further heating up the rematch tension.

You may be wondering, did McGregor responded?  Of course, he did!  McGregor shared his thoughts about Poirier’s words on Instagram live, and stated: “He’s going to pay for that, that’s for sure. It’s not going to be nice.”  We will just have to find out if that is true, this Saturday.

Unfortunately for McGregor fans out there, the future was looking bleak for this boxing superstar.  He has lost three out of four of his fights and his last fight with Poirier is the first fight in which he was completely knocked out.

That being said, McGregor insisted that we do not give up on him just yet.  He and his team said on multiple occasions that the lost fight against The Diamond (and his resulting first time being knocked out) was due to a lack of focus.  He had been too focused on an upcoming match between him and Danny Pacquiao.  That and his previous victory caused him to overlook the hurt Poirier could bring.

McGregor seemed fully in the game, engaged and preparing for the fight, giving it all he got.  “I’ve got Tristan Kennedy with me, top nutritionist. Has me in the best shape of my life,” Conor said. “The most energy I’ve ever had coming into a weight cut. Weight is on point, it is only what, a little bit over 24 hours before the fight. So that is going to be in my favor, and I am more excited about it, excited to get on those scales…”

So, what was the reason for his loss this time? Lack of preparation or bad luck? Or maybe Conor is just not in his prime anymore? Only time will show…