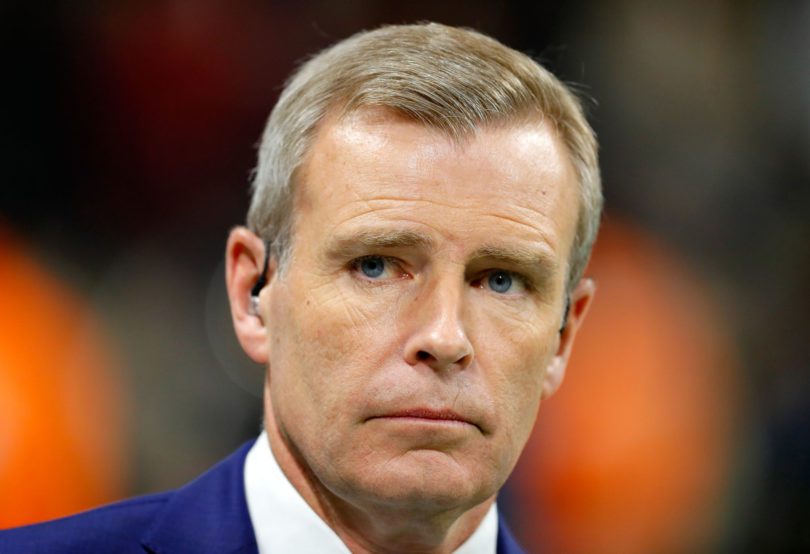 One of the top ESPN reporter, Tom Rinaldi, is set to leave the network. On Wednesday, it was announced that the award-winning reporter is ready to sign with fox sports and was going to be featured in major sports events such as Super bowl, World series, World cup as well as top college games. His last role as an ESPN reporter is scheduled to be on January 1st for the broadcast of Rose Bowl game. Eric Shank, Fox sports CEO and executive producer had stated in a statement that Tom becoming one of their member would level up biggest events on Fox sports. He described Tom as a remarkable person in their business and a history storyteller.  He hasbeen scheduled to begin his role for fox starting from 2021. Rinaldi has won 16 Sports Emmy Awards  and 7 Edward. R. Murrow Award. He narrated on emotional feature stories for ESPN, how and where he started in 2002, how he played for the NCAA national championship games of the college football playoff as well as on the College Game Day.

According to a statement, Tom has expressed profound gratitude to Fox sports for giving him the opportunity to be on the network’s amazing live sport events. He stated that his endorsement deal with Fox sports was actually the next event in his life he was hoping for as Fox has so many beautiful events he has never been part of. His first interview in 2010 was one of his most significant interviews before his car accident.  Rinaldi,  a graduate of Pennsylvania wrote the novel “The Red Bandanna: A life, A choice, A legacy, ‘’ which talks about the painful death of the former Boston college lacrosse player and a volunteer firefighter, Welles Crowther,  who died during the September 11th terrorist attack. He earned his masters degree from the Columbia University Graduate School of Journalism. Around 2018, he was featured in a press conference and had a dialog with the urban Meyer after he carefully and tactically took care of domestic abuse allegation concerning his deputy coach.

ESPN’s executive vice president, Stephanie Druley, had stated that they are sad about Tom leaving the network because he was a skilled and talented reporter but however they wish him success as he moves over to the next phase and they look forward to working with other skilled reporter who would lead them forward. According to a source, ESPN and Rinaldi had a good time working together, Fox sports offered way too much for him to reject which cannot be compared with what he gets from working with the ESPN. The Board of Walt Disney-owned Sports media has described it as `imprudent’ to compare. ESPN is set to fill up the gap Rinaldi left with a couple of its best worker such as Jeremy, Mina, Jen and Wright Thompson taking over and trying their best to fit into their respective new roles perfectly, Wojciechowski isn’t left out as he has his own new role too