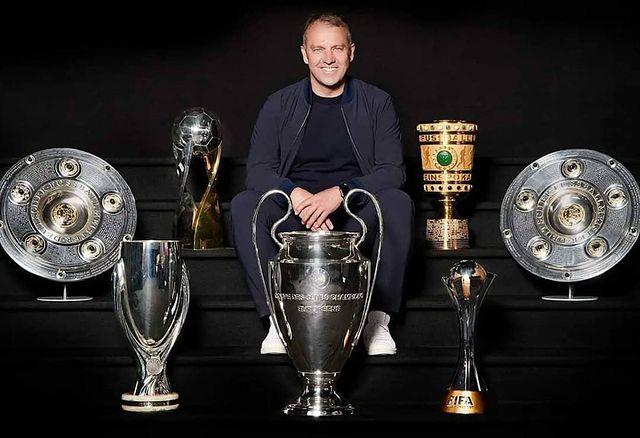 In what might be the least surprising piece of news in football, Hansi Flick has been appointed the new Germany national team coach. The former Bayern Munich manager, who led the Bavarians to a historical treble last year, has moved on from the club game to take what is believed to be his dream job. Although late interest from FC Barcelona is believed to have intrigued, the chance to take over the German national team was seen as the sole priority.

Flick, then, arrives in charge of a national team he has helped out in the past. Previously part of the coaching team under Joachim Lowe, Flick has taken on the job and said that he is “very happy” to be able to take on the project. However, the German won’t be taking charge just yet; soon-to-be former coach Lowe will still take the national side for the UEFA Euro 2020 tournament.

Named 2020, Euro 2020 will take place in 2021 after it was postponed in the summer of last year. Without the ability to promise crowds at most host venues, UEFA decided it was better to cut the tournament from the 2020 calendar and move it to 2021. Now, Flick will hope to take over a side who has just lifted the European Championships once again.

Flick has long since been seen as one of the best coaches in the game, but his experience as a manager was extremely limited. With the immense success of his one-and-a-half seasons in charge of Bayern, though, he has proven beyond doubt that he has the nous and personality for such a role. Known for a tactical flexibility and a penchant for aggressive, pressing football, Flick is the ideal option for a national team rebuild.

When will Hansi Flick take charge of the German national team?

As mentioned above, Flick will take on the role as head of the German national team after the Euro 2020 tournament. His contract, which runs until 2024, will see him handle the 2022 FIFA World Cup and the UEFA Euro 2024 event. As such, it is likely that he will be given two opportunities to not only rebuild the German side, but keep it growing.

Lowe has been in charge since the end of the 2006 FIFA World Cup, where he served as a member of the coaching team under Jurgen Klinsmann. Now, the national side coach will step away after over 10 years in the job, and is likely to return to club football with sides in the Premier League and Bundesliga expected to be interested.

Flick, for his part, is expected to be a success in the national team job. Given his clear desire to manage the national side, there is nothing to say that Flick cannot match the kind of success and longevity that Lowe was able to produce from his players across various years. The new era for German football, then, starts in the autumn of 2021.