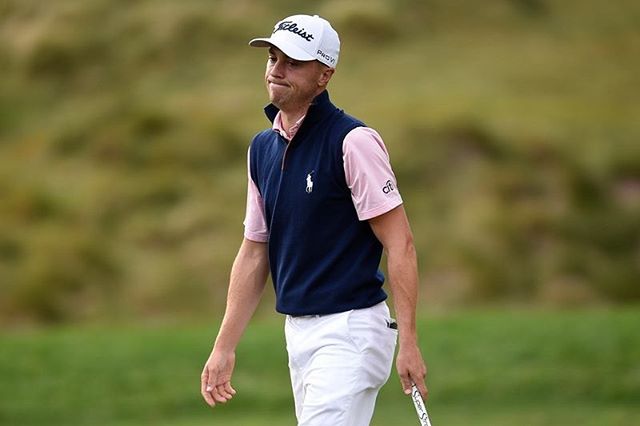 The Zozo Championship has provided those looking to get into top form for the rest of the golfing season with a chance to get sharpness back. However, it has been a challenging tournament for those who were hoping for a small confidence booster. One player who was expected to do well as the world number three, Justin Thomas. However, despite making a pair of late birdies to maintain a one-shot lead heading into the final round of the California-based championship, the American ended up missing out.

Birdies at 16 and 17 had given him a respectable position and a single lead over Jon Rahm, the second-rated player in the world. Thomas had his one-shot lead heading into the final day but had to eventually settle for a second-place slot at the end of the event. Patrick Cantlay instead took control, posting an impressive seven-under 65 to take a one-stroke victory.

Thomas had birdied the final to close out at three-under 69 and shared the second spot with opponent Rahm. However, Thomas himself admitted has his mental sharpness and concentration had betrayed him on the final day of the California event. Speaking after the game, he noted that it was hard to stay focus due to the quiet nature of the game at present. Remarking about the lack of a ‘killer instinct’ and a difficulty staying zoned in on the task at hand, Thomas hopes he can find a better way to focus when the major events kick-off.

Having impressed early on into the final day, he started off with a pair of birdies and then holed a 20-footer to put himself in a great position. However, form soon faded, and instead, he found himself parring his next eighth holes and bogeying the 15th, finishing the week off with a signature close-range birdie. It gave him hope of landing the title, but it was down to the good work and precision of Cantlay to take control and win it with the narrowest of margins.

Admitting that he “didn’t play very well” after the game, Thomas did focus on what is to come next. He also was critical of his par-fives in one, saying that it was “unacceptable” to hit such an average level of performance when competing for a title.

This, though, could be just the kick-up and drive that Thomas needs to resharpen focus ahead of the tournaments to come. With the fans not expected back in anything like the numbers one would expect, or at all in many circumstances, golf tournaments have become even more quiet and eerie to watch than beforehand.

For some players, including Thomas it would appear, the change in atmosphere and tone appears to be having a confusing impact. Could it lead to seeing a shock winner at the end of the Masters tournament to come?