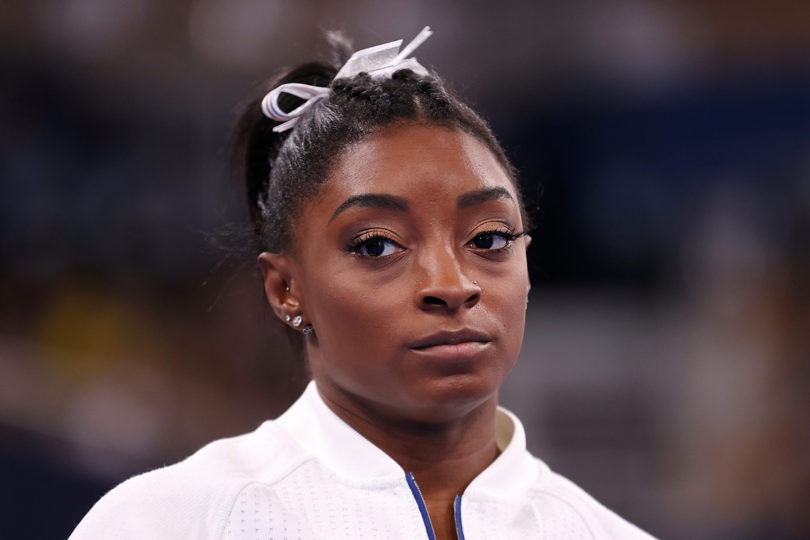 In the past, mental health issues were taboo. They still are in many countries. Every day more people are becoming aware and acknowledging that mental health problems are real.

However, many national athletes worldwide are skeptical of speaking about the respective sport’s toll on their mental health. But a few days ago, Simone Biles stunned the world by putting her mental health first.

Who Is Simone Biles?

She is one of the most prestigious American gymnasts. Simone has achieved more than 25 Olympic and World Championship medals. Her extraordinarily gymnastic abilities developed from a young age.

In 2016, Biles won four gold medals and one bronze at the Rio Olympics. Her aim since then has been to be the first woman to achieve back-to-back gold medals in the Olympics.

How Did Simone Biles Stun The World?

This year, Simone was expected to achieve her aim at the Tokyo Olympics. Till now she gave perfect performances at the competition. However, recently she withdrew from the Olympics games.

Why Did Biles Withdraw?

Biles has been known for being one of the top gymnasts at the Olympics. That is why her withdrawal came as a shock. However, the reason behind this move has made us proud.

The star athlete withdrew because of mental health problems. In an interview, she revealed that she was suffering from twisties. This is a mental health condition in which gymnasts lose track of their bodies in midair.

Biles said that she didn’t have any idea where she was, and this petrified her. After all, twisties can have a dangerous outcome for athletes.

How Is Biles Planning To Cope?

Her coach has reported that Simone talks openly about therapy. So, that is what she’s going to do. He is supportive of her decision and said she deserves to take a break.

Will Biles Return To Olympics In 2024?

The gymnast reported that, for now, she is focusing on her mental health issues. But she will be keeping an open mind about the next Olympics games.

Most people have taken the news very well. The USA Gymnastics commended the gymnast for being brave and keeping her mental health a top priority. Popular entities such as Michelle Obama have also praised her for being an inspiration.

Besides that, fans are also supporting Biles and tweeting about her bravery. Even Michael Phelps, a former Olympian, has shared his thoughts. He said Simone’s situation is sad, but he hopes her decision is taken positively by athletes struggling with mental health problems.

Few people, mainly conservative men, didn’t take the news positively. Instead, they criticized the athlete for being a quitter. Ben Maller, host of a radio show called Biles selfish for withdrawing from the competition.

A Texas attorney referred to her as a national embarrassment. Some people on Twitter compared her to other athletes who faced grave injuries in the Olympics yet didn’t quit.

So, what do you think? Should Simone Biles be considered weak for putting her mental health before a medal? Many people consider athletes to be invincible, but Simone Biles reminded us about the reality.

We don’t know about you, but we couldn’t be more proud of her decision. After all, nothing should come before your health, be it physical or mental.