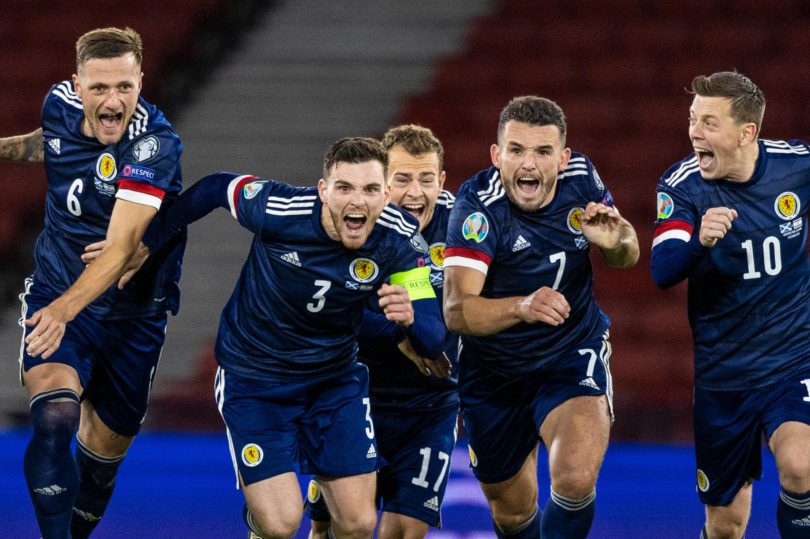 Drawn in a tough group with the likes of Austria and Denmark, Scotland know they need to start strong if they wish to qualify for their first FIFA World Cup since 1998. The 2022 edition will come hot on the heels of Scotland taking part in the UEFA Euro 2021 tournament, their first tournament since the showpiece in France. However, qualification has already started off on the wrong foot – despite a late equaliser, Scotland were outmatched for the most part by a strong Austria side that looked keen to take command.

The game was a relatively frantic affair, with Scotland showing the better of the early goings. However, that soon changed when Austrian striker Sasa Kalajdzic was able to get in on the act. In what was probably the first main attack from Austria, it caught the Scottish defence sleeping.

The match followed a familiar pattern, with Scotland struggling to make many attacks count whilst also finding themselves unable to keep the pressure on. Just as Scotland looked set to take an early lead, Austria scored against the run of the play. Just beforehand, striker Lyndon Dykes picked up a poor possession play from the Austrian defence and laid the ball back for Celtic midfielder Ryan Christie. With the ball trapped under his feet, though, Christie could only fire against the keeper.

Despite heading in level at half-time, Austria took the lead early into the second half. Midfielder Florian Grillitsch made good use of space to fire a shot from distance, which David Marshall could only parry back out for Kalajdzic to finish off with ease. Scotland rose to the occasion and fought back into contention, with Christie denied what looked a stonewall penalty.

Soon after, though, Scottish defender Grant Hanley finished off his own easy chance to put Scotland back in contention with a 1-1 scoring.

Parity, though, did not last long. Kalajdzic was again involved, this time scoring a tremendously placed header, complete with enough power to fly beyond keeper David Marshall. It left Scotland facing a home defeat and already looking at an unlikely route to qualification from a challenging, competitive group.

However, as Scotland fought to get back into the game, the arrival of Che Adams helped to spark some aggression up-front. The debutant helped to get Scotland an outlet, hold the ball up, and link play whilst still offering some threat on his own. Though not as involved as the Austrian forwards, Adams played a role in helping to give Scotland a foothold in a game that was seriously slipping away.

Back-to-back defeats had preceded this game, and Scotland looked to get back into the game. Late on, they did. A set-piece was swung into the box, and there was chances galore for the Scottish attack. However, the ball soon broke back out to the edge of the box and a ball was swung back in in more hope than expectation. Aston Villa midfielder John McGinn dropped back and delivered an accurate overhead kick with his wrong foot into the bottom right-hand corner, earning Scotland a draw in a tightly contested game.

Indeed, as the game reached its conclusion, Scotland arguably had the best chances and could be unhappy not to walked away as victors after a pulsating, energising match-up. Next up, Scotland face Israel away from home, with Israel losing to Denmark in their opening match.