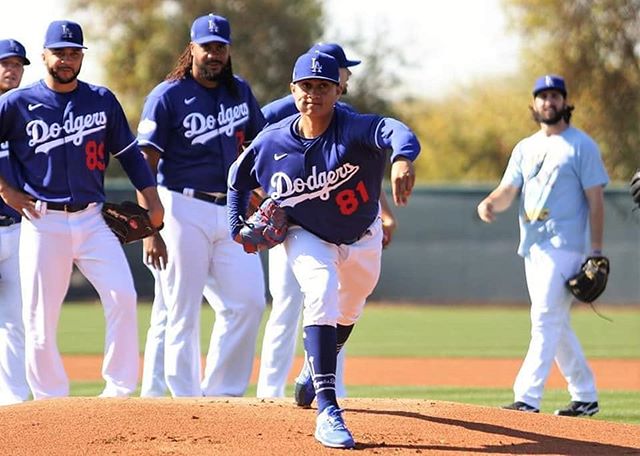 The world of baseball is continually developing and changing as players try and add more strings to their bow and more excitement to games. With the 116th World Series taking place this year, we are being treated to the Tampa Bay Rays and the Los Angeles Dodgers. With the 116th series ending in a win for the LA Dodgers – the first time the Dodgers and NBA counterparts the Los Angeles Lakers have won titles in the same year since 1988 – we’ve looked back over some of the most spectacular moments of the series.

And it has to be said that the eye-catching catch in the first game of the 4-2 Playoff series was one of the most exciting. Fans were treated to a spectacular duel between Clayton Kershaw and Mookie Betts. Kershaw, who has endured a challenging post-season record, came out the blocks and impressed for the Dodgers in a pretty satisfying win. The 32-year-old surrendered a pair of hits, including a home run, with eight strikeouts and one walk in just six innings.

However, while the plays from this duo naturally made the headlines – the duel that decided the game, arguably – it was a double play from Victor Gonzales that caught people’s attention. At the top of the seventh innings, Gonzalez caught a straight-line drive that was coming at him at just shy of 170mph!

He then caught the shot and immediately threw it to second base, completing the double play and wowing the fans watching at home. Even current NBA Champion LeBron James was wildly impressed, tweeting after the game to say: “OMG! What a catch & double play!”

When you impress King James, you know that you have done something right along the way. The game continued to ebb and flow after this impressive shot, and it was Betts who put on an impressive showing with a solo home run. Most impressively, he also equalled a World Series record when he achieved a pair of stolen bases in a singular inning.

Impressing those watching at home as much as anything else, it left the Dodgers in a fine position. The giants then went on to dominate the match-up, taking control and eventually going on to wint he first match-up. Another player who stepped up was Cody Bellinger, the hero of the Atlanta win, who put together a two-run homer off Tyler Glasnow. It left the Dodgers in prime position to dominate the series, and eventually they pushed through to win the whole thing by 4-2.

In years to come, fans might look back on a hugely impressive season by the Dodgers – a season beset by struggle and challenge – and see this game one victory as the crucial step towards series success. For the city of Los Angeles, then, a year that has been beset by challenges and strife might just end on a good note – at least from a sporting perspective, as two iconic city franchises lift titles in the same year.