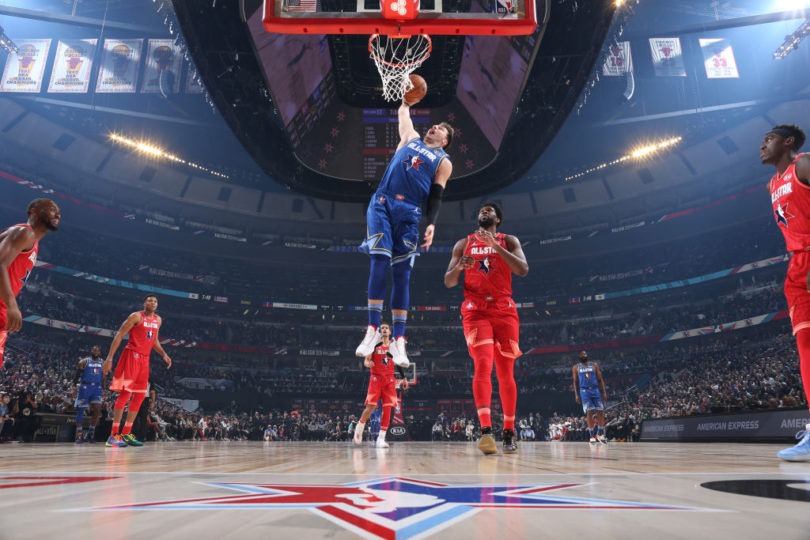 With the 2020-21 NBA season now underway, it’s time to look back on the previous year and pick out four key performers who really wowed. Instead of telling you that LeBron James and Anthony Davis were are mega-stars of the season, though, we want to take a closer look at some of the other players who might have great seasons without getting the same intensity of exposure.

Who, then, could be the stars of the 20/21 NBA season that you might not have immediately assumed will have a great season?

Despite being part of a Philly team that got flamed out by Boston in a 4-0 thrashing in the first round of the playoffs, Embiid himself was outstanding. Embiid had a great season last year and has begun the 2020-21 season in near-MVP form.

Despite having a sticky chemistry with co-star Ben Simmons, Embiid looks in a whole new level of form and consistency compared to his previous years. With Philly coming out the traps and posting one of the best early season records so far, Embiid – backed up by better shooting around him – looks absolutely stellar.

Not many players go through a long-term injury and come back looking as good as Steph Curry has. The 3-point dynamo is hitting exceptional form, already posting a 60+ point game for the first time in his career. He looks reset and rejuvenated and might only suffer due to the loss of his partner in crime Klay Thompson.

Klay is out long-term again with injury, but Curry has enough magic in his hands to turn the Warriors into a playoff team just on his own. If he can keep up his start to the season, Steph could have a wonderful post-injury rebound.

Much like Curry, Durant is an MVP-standard talent coming back off a serious injury in his 30s. Given how he has detonated into pre-injury KD form since his return, though, he could go all the way this year. Posting a regular 30+ point return, Durant has all the potential to go a new level altogether in the season to come. So long as he can find a flow with new teammate James Harden, and Kyrie Irving returns in the form he was in before leaving the season for personal reasons, Durant could be MVP-level.

Speak to any LA Clippers fan, and the player they want to see more from is Paul George. Alongside co-star Kawhi Leonard, both played a ‘starring’ role in the post-season meltdown against the Denver Nuggets. 3-1 up and cruising, they crashed out as George and Leonard suffered together in a meltdown of epic proportions.

Starting the new season brightly and very much with a chip on his shoulder, though, George looks set to take his game to a unique new level this year. Definitely, he has all the capability to go all the way and take the Clippers beyond their usual semi-final stage.