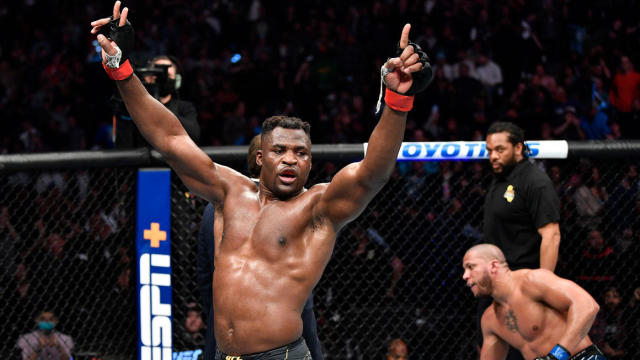 It is not the first time that UFC has been under fire for not offering enough pay to the fighters. In 2020, Joe Jones also raised his voice as he publicly contested the treatment he received from UFC. It revealed that UFC only pays 15% of its total revenue to the fighters.

Francis Ngannou probably needs knee surgery after his win with Ciryl Gane. He also proclaimed that he would never fight for $600,000 again. Such comments can turn the tides in favor of fighters during the history of UFC.

Here is what you must know about this entire debacle.

What Francis Ngannou Stands For

Many UFC athletes have talked about this publicly as they think UFC doesn’t pay them well. Francis Ngannou has created his battle on the premise that fighters must be paid to compensate for their worth. If not, they must be given the contractual freedom to moonlight in other areas, such as professional boxing.

Of course, UFC is not trying to say anything right now that will be taken wrong by the public during this time. However, the fight for better pay is in the hands of the fighters as they can speak up against it if they believe it is worth the risk. Recently, Anthony Johnson also rumbled with Bruce Buffer over the treatment of Ngannou by UFC.

The Rumble Between Anthony Johnson And Bruce Buffer

Buffer might always offer fist bumps to players in the Octagon, but when it comes to their actual problems, he is nowhere to be found. Recently, Buffer also shared his thoughts on everything happening between UFC and Ngannou. According to Buffer, you become irrelevant once you leave UFC.

Buffer also reiterated that, instead of losing in the UFC, your contract ends, you fall from the Octagon and go into the Bellator. These comments about Ngannou and his fight did not sit well with Johnson. He told Bruce to stay off crack because he got paid more after moving into another organization.

According to Johnson, Bruce gets money so he can talk like this. On the other hand, fighters have to work hard to entertain people and get some money out of it. Of course, the counter by Johnson is perfect and sums up that Buffer knows who pays him and only supports them without actually looking at the facts around him.

That is everything you need to know about the recent debacle between Francis Ngannou and UFC. It is nothing new that UFC does not pay its fighters their fair share, as many people have spoken upon it. However, we are yet to see if Ngannou’s fight is a turning point in UFC history.

We can’t wait to see what happens next and if UFC finally increases their pay for fighters. After all, everyone deserves good pay that compensates well for what they do. We just hope that something good comes out of this entire fight.